The Lord of the Rings War(Global)

The Lord of the Rings War(Global) Game Introduction ：

After waging valiant battles and forging alliances, the War of the Ring has come to a temporary close. Dol Guldur has been occupied and the One Ring has been found. All achievements will fade at season’s end to make room for more glory to come.

But peace has yet to be won.

The Ring has a will of its own, and the rumblings of war go ever on as it tempts all, both good and evil, to seize it and conquer all of Middle-earth. Who shall claim dominion?

Find out in the next season. The war has only just begun!

Claim the One Ring
The One Ring has resurfaced in the deserted castle of Dol Guldur. It bestows upon its bearer unrivaled power to dominate Middle-earth, luring all in the land to make ready for a great war.

Seek Tips in the Tavern
If you go drinking in the tavern, you might uncover some tips, tasks and tales. Buy a round, gain a commander’s attention and receive special tasks. If you complete their tasks, you just might earn their respect and recruit them.

Join a Faction to Fight
Each faction is drawn to the One Ring, vying to seize it for Middle-earth. Join a faction and enlist in a new War of the Ring.

Explore Middle-earth
From Argonath to Mount Doom, experience J.R.R. Tolkien’s expansive world and set out on your own journey.

Assemble Vast Armies
Build an army the likes of which Middle-earth has never seen before, with well-armed warriors, knights, archers and more. Victory is yours, so long as your strategy remains sharp.

Form a Lasting Alliance
Embark on your journey with trusted allies at your side. Establish your place in this vast world by collecting resources, developing settlements and expanding your territory. Great challenges await!

The Lord of the Rings War(Global) Game screenshot ： 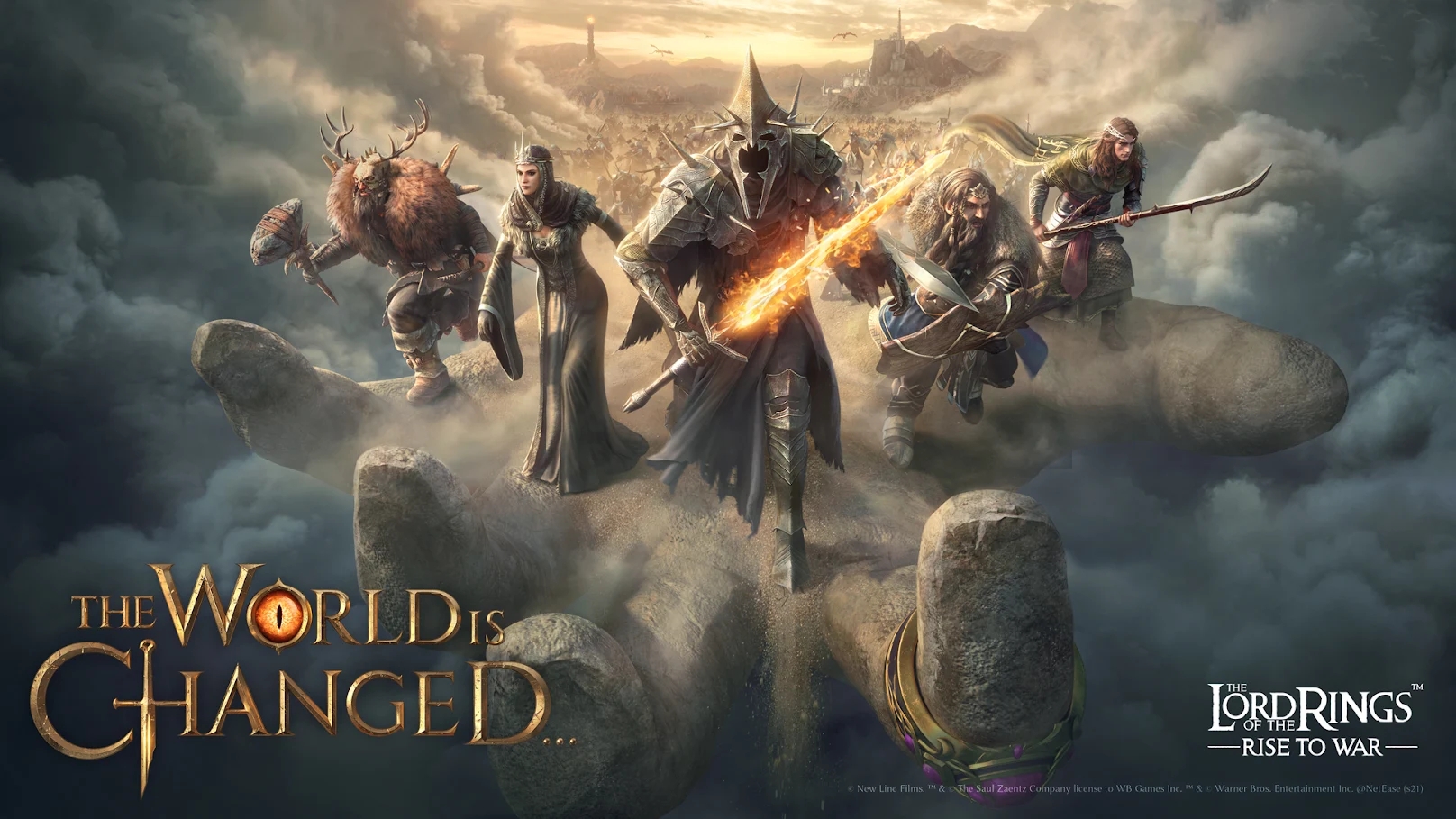 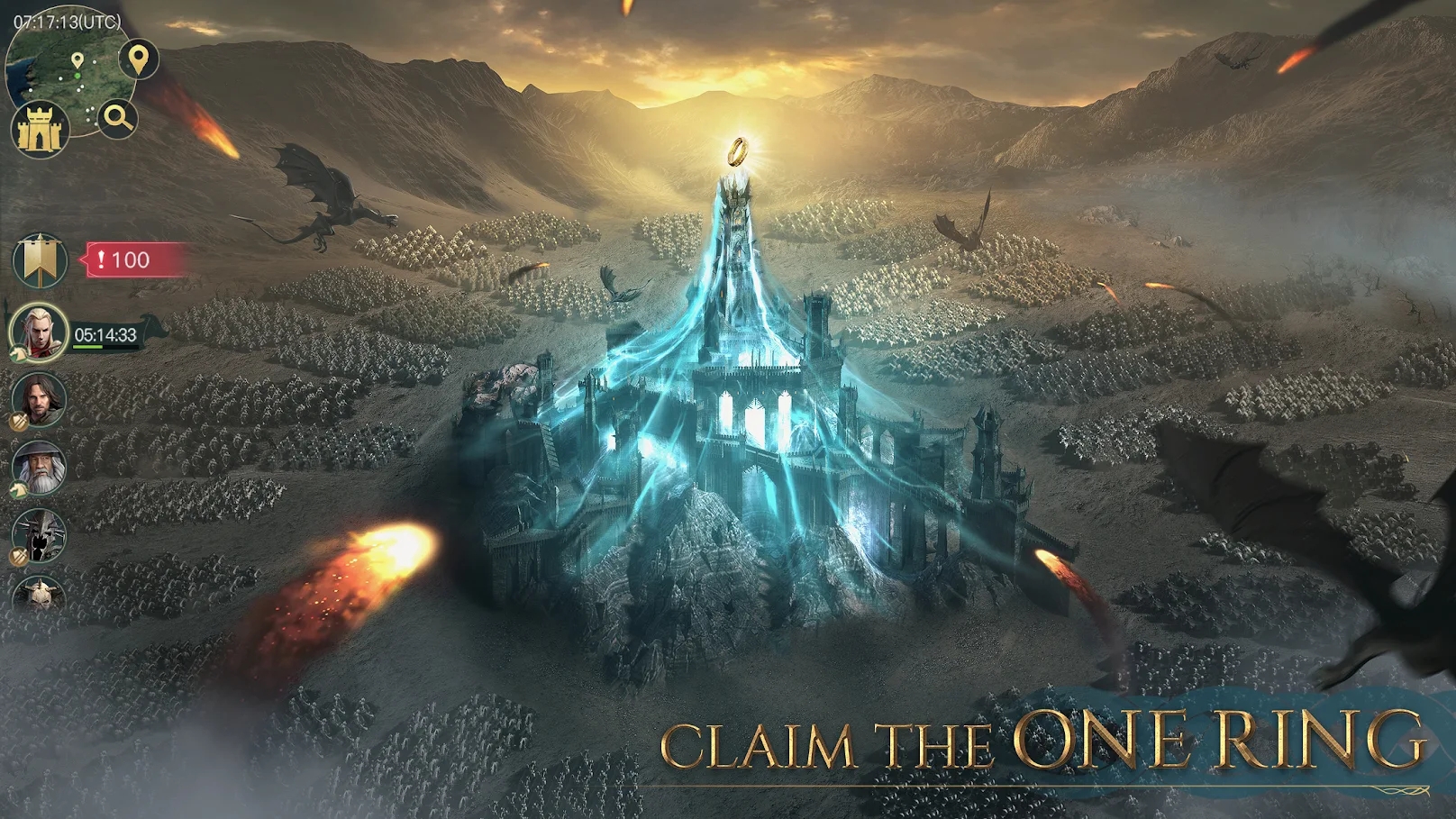 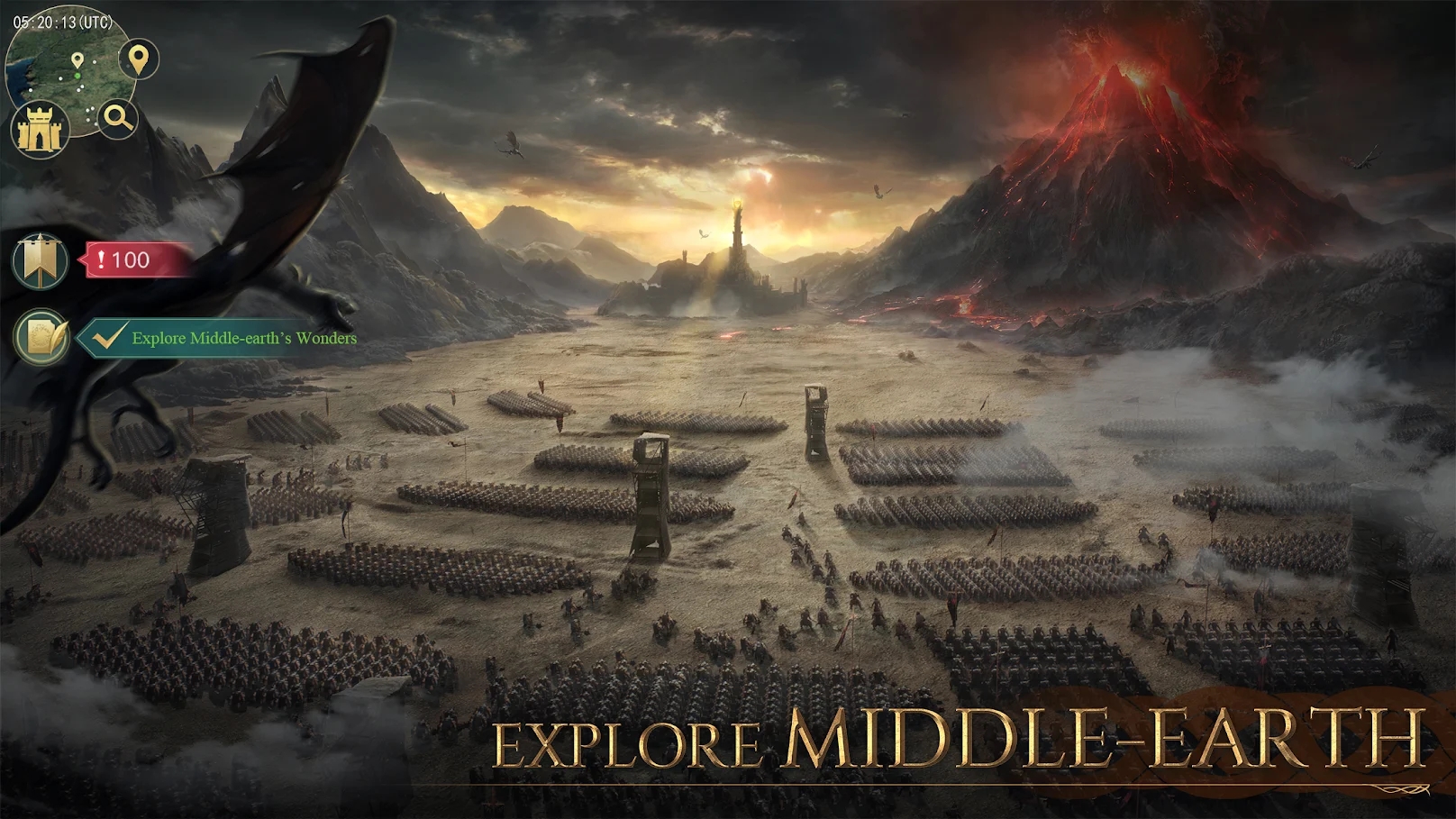 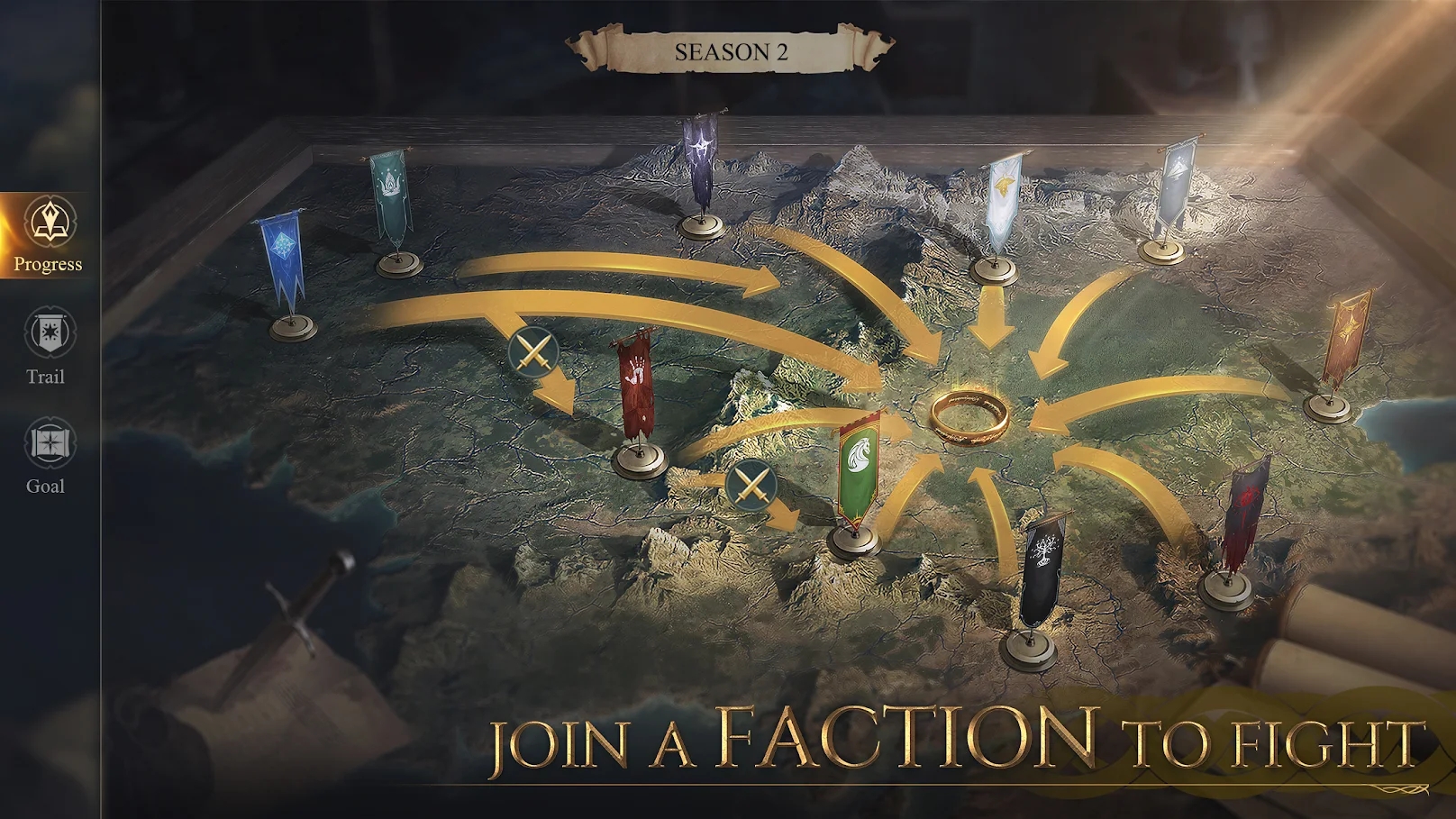 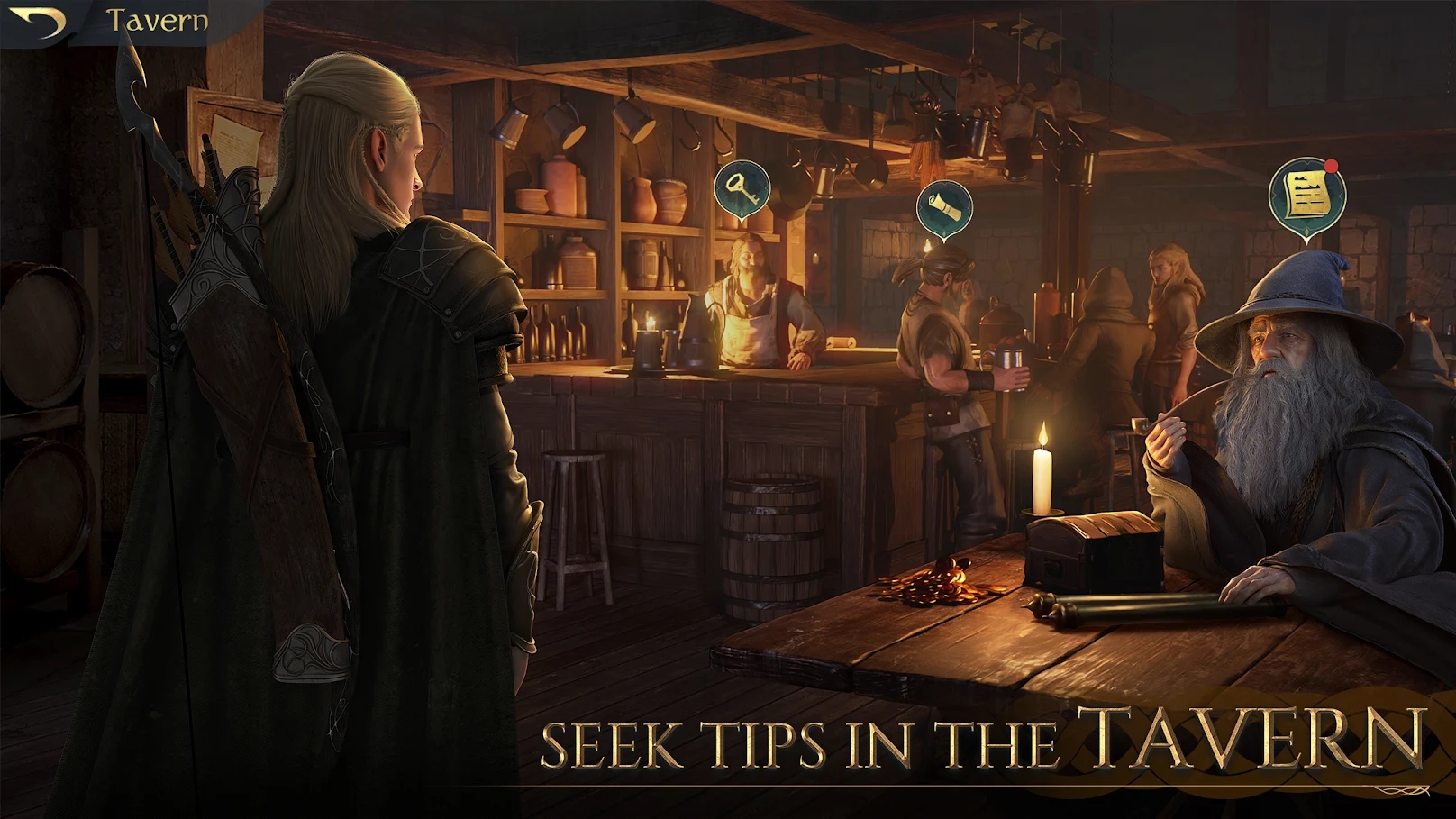